It’s the beginning of a new era for the Hoopes Family. Our lives are filled with packing, cleaning and painting right now. Why? Well, because as of Monday, we own a new house. It’s about 20 minutes north of here in a quiet little neighborhood.

I can’t remember if, when I was writing about Patrick’s tonsils, I also wrote about his name having come up in the lottery for a special needs charter school. I was so buried in tonsillectomy recovery with my husband out of town that all I could think to do that week was complete the required paperwork.

Well, things settled down a bit and we decided we’d better figure out what needed to be done to know if we wanted Patrick to attend that school. I’ll be honest, my first impression was that I didn’t want to give up all of the great things I had going on right then and didn’t see any reason at all to move.

BUT I did follow through by setting up some school tours and meetings with the school principal. And, well, given the length of the drive (and the added complication of having to use the freeway for the commute,) I decided to look around the neighborhood in case Patrick did great at the school and we wanted to consider living closer.

Well, from that moment on, we just couldn’t seem to leave the investigation alone. A house caught our eye, we looked it up. Found flaws. Then another appeared. I couldn’t stop thinking about it so I drove out to see it. It wasn’t right. Nor was another. And we didn’t really think we were house shopping. Just getting to know the neighborhood.

Until… Brian spotted one nearby but NOT in the neighborhood we were looking at. We did a walk through and as we talked about it we could see so many great things for Patrick’s future in that house. A quieter neighborhood, proximity to parks, proximity to a great school, space for a bedroom downstairs and away from us when he gets older.. and the list went on and on. As we talked, I was filled with this sense of total peace.

So before we found an answer about the school and just 2 weeks after even discussing the possibility of moving, we put an offer on a house. 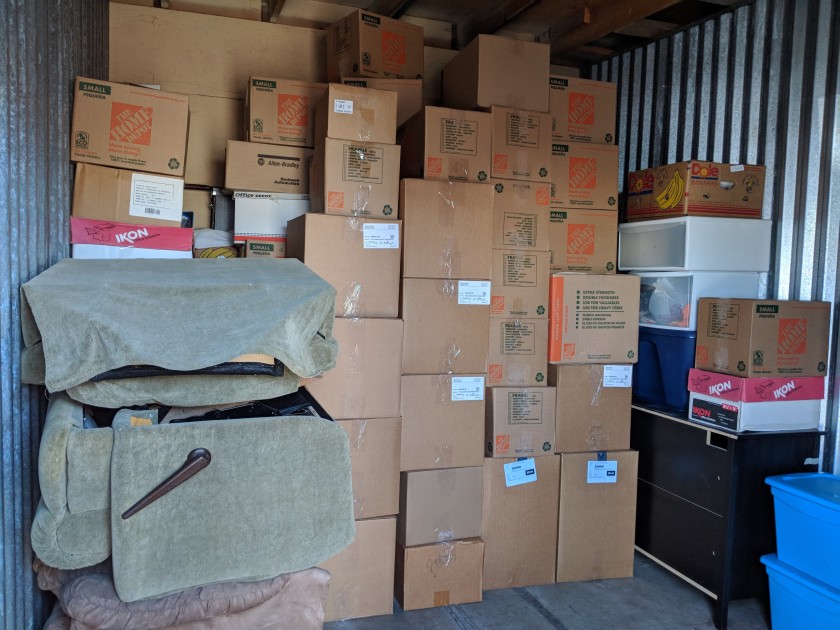 The rest has fallen into place very quickly. Through a ton of quick work, we cleaned up our house, did some staging, held and open house. And found a buyer. In fact, not just a buyer but one we’re really excited about selling the house to so we don’t feel quite as guilty for leaving. The financing came through in record time. The sale came through without a hitch. 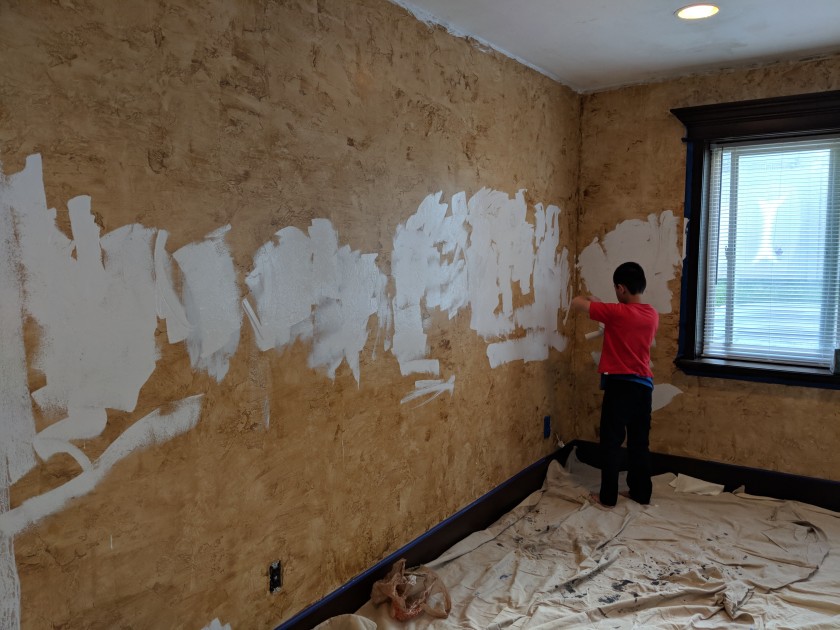 And so by the end of this week, we’ll be moving. I’m not ready. It’s gone SO fast! And I’ve got just this week (one Brian’s working evenings in, even) to repaint the entire basement, finish packing, be present during Patrick’s last 2 weeks of school, tie up loose ends with PTA and church.. and be ready for the movers to come on Monday.

I am exhausted and I hurt everywhere. And there is so much still to do. 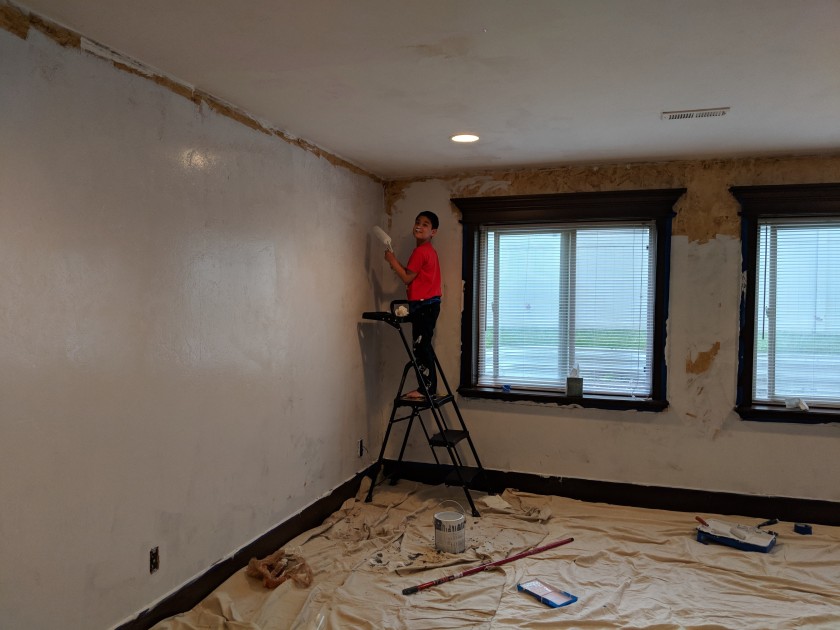 That brings me to another new thing in our family. Mostly, another new thing for me. Remember that post a few months back where I said that I just kept developing tendonitis everywhere as I tried to get in shape? And did I mention as I wrote about Patrick having EBV that we think I had it too?

I know I didn’t mention that at the end of November one morning I woke up and I just couldn’t walk. My knees were swollen and unsteady and it felt like I was ice skating. It took about 4 weeks to finally get to the point of doing cortisone injections which restored function pretty immediately. Except that things weren’t quite right. Not in my knees. Or my wrists or my elbows.

Well I finally got enough of a moment of quiet to go to the doctor who said, no, none of that is normal results of going from inactive to active. She ordered several blood tests looking for autoimmune diseases and other things.

And, well, one came back positive.

As it turns out, I have rheumatoid arthritis.

Our theory is that it was kind of there latently.. but when I started to exercise it brought it to the surface. And then, when I got sick (possibly with EBV) it triggered the auto-immune response.

RA is a lifelong, chronic illness with some pretty scary possible outcomes if left untreated.

The good news is, it’s one of the ones they are having success in treating. And we caught this quite early, we think.

So with immune suppressants, my new doctor thinks that he’ll be able to put the disease into remission and really minimize it’s effects.

It’s scary. The drug I am on is some very serious stuff. I’m now scheduled to have labs and follow up visits as often as Patrick is. This is a HUGE life change.

On the other hand, I’ve only given myself just one shot of the new medicine and it gave me 3 wonderful days with very little pain. The doctor said that in about 3 weeks it may be built up enough in my system to be considered remission. And it’s great to know that this hasn’t been all in my head, or because I was out of shape, or wimpy, or bad at taking care of myself.

And I’m thankfully so very busy with the move that I can’t really think too much about it right now.

It’s been such a whirlwind that it’s kept me, in part, from thinking too much about all the things that we’re leaving behind. I did lie awake fretting about that a lot at first. We really do have a beautiful home with wonderful neighbors. I’m going to miss my kitchen, my gardens, just being in the neighborhood of my family.. and most of all, I’m going to really miss my friends.

The only thing getting us through is this amazing peace that I feel whenever I drive out to our new home. The Lord is providing that in ample doses. And I know it’s where Patrick and we belong.